Kees Hoogendijk, husband of Wen, involved, esteemed and beloved Meppeler, founder of Smartkids Foundation, former member of the board and loyal member of the Meppeler Chess Club, died, totally unexpected on Monday March 12th, at the age of 56.

Until the last moment Kees has always been in de focal point of life. He was always busy with so many things and still had a lot of plans and ideas; he wasn’t ready yet at all. But he managed, in his own way, to get everything out of life there was to get. Kees possessed a constructive life’s philosophy, especially after he had been seriously ill in his twenties. ‘From that moment on I beared in mind that I mostly wanted to do things I really liked’, he told. 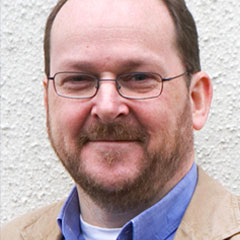 “As for me, everything is possible. You just have to go for it!”

Teaching chess to children was one of these favourite occupations. He taught many children how to play chess. He introduced the local championships for elementary schools and the Dutch National Youth Rapid Chess Championships. Both are still on the calander. During a holiday in China Kees met Wen. They developed a very deep, unique bond and they married in 1988. Wen was a stimulus for him. ‘We had fun, from day one’, Kees told. ‘But at a certain time she found, very ambitious and fanatic herself, that I should work too’ Kees then started to study and deepen his knowledge and skills about computers and computer programs that was at the rise at the time. He used his teaching and didactic talents to teach computer skills to many, many people.

Meanwhile Kees also got himself involved with investing and followed all kinds of investment courses to be successful. Once, during a ‘getting acquainted weekend NLP’ he was lying on the floor in ‘deep reflection mode’ He considered his yet to be executed plans and decided to support poor but very  bright, Ghanaian children who were without any chance of an education. He would help them to go to school with sponsored scholarships. ‘I am absolutely convinced that this idea works: this is the most effective way to fight poverty, to send it to Kingdom come’, Kees said. ‘That is why I persist. In a couple of decennia our Smartkids will help their country develop themselves and the Foundation will be self-supporting’ Momentarily, thanks to Kees’ Foundation 95 very poor, but very bright and highly motivated Ghanaian children are getting a proper, high-quality education. ‘I would not be surprised if one of these kids in 40 years will be the president of Ghana. But I won’t be around to witness that anymore’

Kees has always gone his own, merry, way. Once he won BNN’s ‘National IQ-test’, he visited a shareholders’ meeting of Berkshire Hathaway in Omaha and he shook the hand of Bill Gates. He finished second in the Ghanaian National Chess Championships, he took part in two Chess Olympiads for the Ghanaian national team, 2008 in Dresden, Germany and 2010 in Khanty Mansysk, Siberia. Kees was a source of inspiration to many, just by being himself.